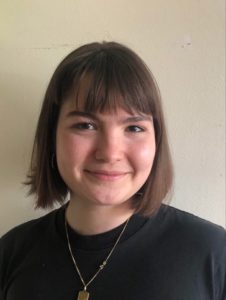 Margaret completed her B.Sc in Physics at McGill in the summer of 2020. Her first research project as an undergrad involved working in high energy particle physics. Wanting to explore other fields, she decided to pursue research in Astrophysics at the McGill Space Institute. Throughout her last year of studies, she began her Honours Thesis supervised by Prof. Nicolas Cowan. This project, which she will be continuing in her masters, involves retrieving the Keplerian orbital parameters of exoplanets via direct imaging using visible light.

By combining astrometry and photometry, we acquire more data per direct image, which could improve the accuracy of orbital retrievals. Most importantly, constraining the semi-major axis of the planet allows astronomers to determine if it is in the habitable zone of its host star. The project seeks to determine the accuracy of orbital retrievals with as few direct images as possible (2 or 3). This would potentially improve the efficiency of future imaging missions such as HabEx and LUVOIR.